MUST PRE-REGISTER: RATAGEDDON 2022: The saga begins… 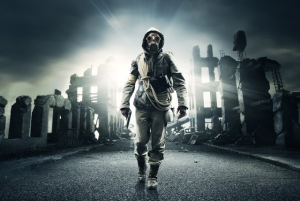 THE SCENARIO:  The plague has killed most of the population.  Thousands of people were imprisoned by the government for refusing to take “the cure” to the on-setting plague.

Ultimately, the cure mutated and some of the people who took it became mindless cannibals who cannot be killed.  They roam the land and kill or capture all they can.  Cut off from the outside world, the prison guard and prisoners  are running out of resources.  The prisoners must escape and find food and gold to survive in this new world.  The guards must keep control of the prisoner population.

An outside faction has survived the plague and the cure, but needs shelter to survive the cannibals and the oncoming fallout from a nuclear plant meltdown.  The only safe place is the prison (school).

Who will control the prison at the end of the day?  Who will have the resources they need?  Who will forfeit all to hoard as much as they can?

*TICKETS MAY ALSO BE PURCHASED IN THE STORE.

Sign up for our newsletter to stay informed and learn about upcoming events!